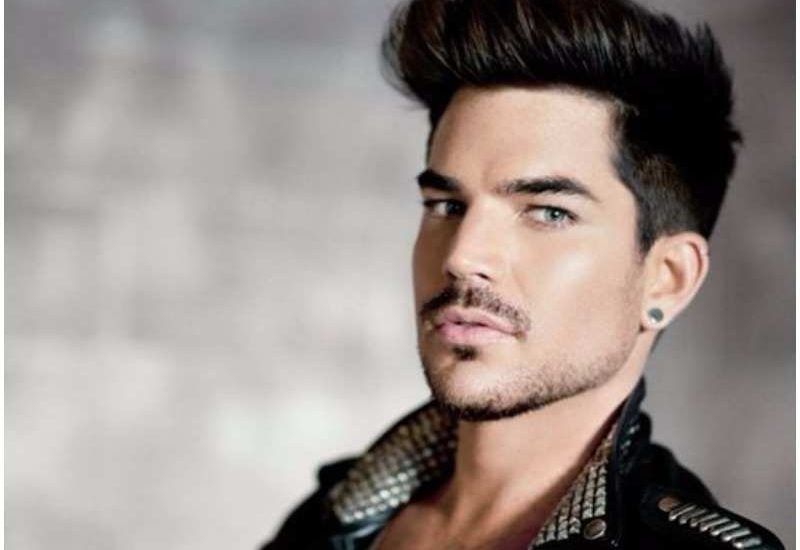 Adam Lambert is an American singer, though he started singing since he was nine years old. However, it came into limelight when he participated in the eighth season of American Idol. After winning the second position same year of American Idol, he jumped his singing career in mainstream music. Since 2009 he sold five million singles and three million albums worldwide.

He was born in Indianapolis, Indiana to Leila and Eber Lambert in the year 1982 of January 29th. After his birth, his family moved to California’s city of San Diego. His mother is Jewish, and his father is half-Norwegian with upbringing connected to Romania, although he was raised Jewish. So, we can say that Adam is if Jewish and Norwegian origin. No one in his immediate family members is associated with the Hollywood or music industry as his father worked as Program Manager for Novatel Wireless and his mother is a Dental Hygienist. Adam also has a younger brother, Neil Lambert.

In Los Angeles, Adam started his career by performing a few odd jobs, and at the same time, he was pursuing theater. His first job was with Anita Mann Productions which is performing in a cruise ship for ten consecutive months. After that, he moved to California’s Orange County Opera. At the age of 21, he was a cast of the European tour of Hair and signed by the manager. During that time, he also worked as a session musician, demo singer as well as performed other musicals events.

Adam started performing with the Metropolitan Educational Theatre (MET2) when he was just nine years old. With interest in acting and a powerful voice, he started an intense vocal and acting program at Metropolitan Educational Theatre. He also went to Mount Carmel High School and before that Mesa Verde Middle School. His interest in singing leads him to join the choir and theater team. He also participated in local air band competitions and was one of the members of a jazz band in his school.

He also marked his appearance in local productions of professionals like Peter Pan, Chess, The Music Man, Camelot, Hello, and many others. He graduated in the year 2000 afterward he attended California State University (Fullerton). However, five weeks after joining the university he dropped off and went LA to pursue his passion for singing.

In the year 2009, Adam Lambert finally came in the spotlight when he auditioned for one of America’s favorite music talent show – American Idol. His Heavy mascara, jet-black hair, and vocal range gave judges and audience an impression of rock stars like Gene Simmons and Freddie Mercury. Lambert is also famous for exhibits his theatric skills while performing in music shows. At the end of the season, he scored second position or second runner up in American Idol. In the year 2009, he also started American Idols Live Tour and meanwhile won two awards – Teen Choice Award for Variety Star/Male Reality and Young Hollywood Award for Artist of the Year.

Since then the career of Adam Lambert continued to blossom. In the year 2012 (May), he released “Trespassing” his second album which hit the number 1 position on Billboard 200. In early 2012, Adam also started performing with Queen band as a part of the tour to honor the late Rockstar Freddie Mercury to raise the AIDS awareness money and support such organizations as well.

Most people speculate that Adam Lambert has a wife, but he is a Gay, so there is no question of him having a wife in his life. Even in the past, he accepted publicly when he was with Sauli Koskinen that the wedding is not yet in the cards for him.

Adam Lambert is Gay and who is his boyfriend

Ever since he has 18 years old, Adam has been out with the fact that he is gay. He mentioned that his family is supportive of his sexual orientation. It is also claimed that Adam tried to hide his sexuality when he participated in American Idol until his picture of kissing another human-made public. At that moment, he accepted and opened about his sexuality and said he has nothing to hide. That time media was all gaga over this issue and mentioned whether platforms like American Idol are ready to accept the gay winner openly.

Even when he gave the Rolling Stone cover interview then also, he confirmed his sexual orientation publicly. When he asked why he never mentioned him being gay when participating in American Idol show he said, he never meant to hide this, but it never came up, and when it did, I accepted it. Lambert also recognized that his sexuality also affected his career and caused many controversies. However, he accepted his sexual orientation positively and stood to his grounds saying that he cannot please everyone. The success of his second album “Trespassing” his sophomore effort made him the first gay artist to top the music charts.

Adam also been into casual dating due to his busiest schedule and live tours, which also makes him unavailable for any serious relationship with anyone. Though, back then he dated television Reporter and Finnish television host, Sauli Koskinen whom he met during one of the concerts in Finland. Their relationship lasted from 2010 to 201 for three years. They broke up after an altercation in a gay bar in Finland (Helsinki). Despite their split, they remain good friends.

Adam Lambert has a net worth of $20 million with five million singles and over three million albums sold globally. He is also intently involved in philanthropy. In January 2011 he was involved in the initiative to help people receive clean water and were the driving force in raising $29000. Under the same effort in May 2012, he funded 55 more projects by raising approximately $82000 aiming to offer clean water to more than 16000 people.

He is always associated with one or other charitable events and help organizations raise money.