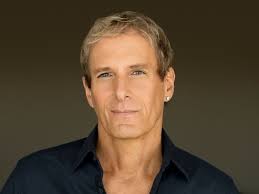 Michael Bolton is a renowned director, producer, multi-instrumentalist, songwriter, and singer who won the Grammy award multiple times. Michael Bolton initially associated with the hard rock band “Blackjack” where he used to perform under his birth name Michael Boltin then gradually, he moved to his successful solo career. In the early 80s, he took a career-defining decision where he skipped the heavy metal and hard rock genres for the more serene pop-rock genre.

Today, we can easily describe as the man with all-around success with over seventy-five million records sold globally coupled with a plethora of awards which he won including other recognitions. Currently, he is also involved in social activism and video directing activities apart from his successful, long-running rock musician career.

Biography and age of Michael Bolton

Michael Bolotin, which is his given name born in the year 1953 of February 26th in Connecticut (New Haven). His parents were from Russian Jewish descent, his father George Bolotin and mother, Helen. He also has two siblings, one sister named Sandra and one brother named Orrin.

In the year 1975, Michael started his career as a heavy metal/hard rock musician, and that time he was using his birth name, Michael Bolotin. In the year 1978, he formed a hard rock band along with three other members and named his band “Blackjack.” Before that, he also recorded two albums featuring as a solo artist. Their band was short-lived for about two years. During this period his band did small US tour, released two albums as well as opened Ozzy Osbourne – a legendary heavy metal musician. After the dismissal of his band “Blackjack,” Michael Bolton also auditioned for Black Sabbath (Osbourne’s former band). However, his attempt was not successful. In the year 1983, he then signed by renowned Columbia records under the name “Michael Bolton” as a solo artist.

From there Bolton had the start of his solo music career which turned out to be successful. Under Columbia records, he did several albums, even collaborated with other songwriters and artists. In the year 1988 Bolton was in the peak of his stardom as by that time he already released many albums. However, his stardom came immediately after the release of “How am I supposed to live without you,” which was the cover version of the song.

His album, “Soul Provider,” become the sensational hit and achieved number one position in Billboard 100, and also for the same he was acknowledged with his first Grammy award in the year 1990. His album “Soul Provider” also included top 40 singles and among which “Georgia on my Mind” again help him won his second nomination in Grammy.

Again, in the year 1991, he released another album “Love and Tenderness,” which let him accomplish even more success. This album included “When a man loves a woman” a cover version that is appreciated by his fans a lot. Bolton version again becomes a hit like the original and ranked first in Billboard Top 100 charts. Again, he grabbed his second Grammy award in the year 1992 for this song. Then he received his fourth nomination in Grammy awards for “Said I loved You… But I lied” which is also co-produced and co-written by him.

After several collaborations, Bolton also recorded many successful albums and singles. Currently, he has a plethora of compilation albums, seventeen studio albums, 35 singles, and three Christmas albums. Nine of which topped the Hot Adult Contemporary Tracks charts or Billboard Hot 100.

He is also has done a few minor roles in TV productions and movies. In the year 2010, he also appeared in the dancing reality show “Dancing with the Stars,” however, he took an early exit along with his dance partner named Chelsie Hightower. Then he published his memoir: The Soul of it All: My Music, My Life in the year 2013 of January.

Bolton was married once with Maureen McGuire in the year 1975 of May 4th. Together the coupled welcomed three daughters – Taryn, Holly, and Isa. In the year 1990, the couple parted their ways by taking the divorce. However, both were together in 15 years of marriage.

After two years when his divorce was finalized with his wife, Bolton was seen together with Nicollette Sheridan who is a British-American actress. Their relationship lasted for five years only after which they parted their ways. After ten years of their separation old flame rekindled and Bolton and Nicollette Sheridan came together once again in the year 2005. Finally, they decided to take their relationship one step ahead in the year 2006. Even the couple performed a duet for Bolton’s album “Bolton Swings Sinatra in the same year for the song “The Second Time Around.” On the other hand, the couple never made it to the altar after an engagement.

Michael Bolton stands the height of 175 centimeters or 5 feet and 9 inches. Over the years, Bolton maintained himself a lot at his height he weighs only 75Kgs at this height. These days Bolton continued his appearance of shoulder health hair which also become one of his traits. On the other hand, in the mid-nineties, he got the big chop which wind-up his iconic look. He also auctioned his hair for charity, and since then he kept his hairstyle short.

Though he married once only with Maureen McGuire and sustained a long relationship with Nicollette Sheridan, Bolton is also linked with a few other women as well. However, he never tied seriously with any other companion other than these two above mentioned women. Now, to answer the question of whether Michael Bolton is gay or not? Well, keeping his personal life in mind and his past relationships it is safe to say that Michael Bolton is not gay. On the other hand, this Grammy-award winner never found to be commenting on his sexual orientation.

Previous Post Lauren Daigle Biography, Who Is Her Husband, Is She Married?