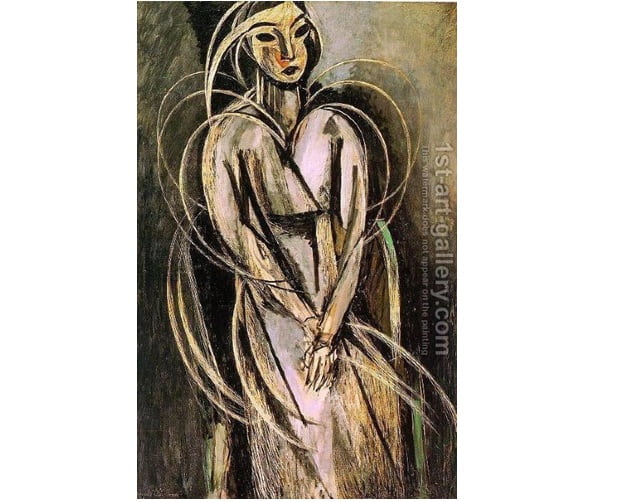 It’s often said that art doesn’t rise out of nothingness. It isn’t always entirely original as it’s always inspired or derived from something or the other. It’s true as an artist cannot create inspired art in isolation from the world, living in a cave alone.

The artists have surely found their muse in a plethora of objects, humans, cultures, and experiences. In the 1900s, European artists like Picasso and Matisse felt an invisible string drawing them towards the profusely rich African culture of art.

African art was a new take for these European artists with its distorted figures and brilliant yet graphic sculptures. The raw beauty and the years of heritage behind such art aided it in going international whose process we’ll unravel in the next section.

What Made African Art So Special and Intriguing?

The colonizers brought back the jewels of African art which helped shape the face of Modern art all over the world. This art was usually candid visual depictions of the native African communities that narrated the story of their culture.

The emphasis has been on the human figure in the form of metallic and wooden sculptures or bold masks, made to look like natural depictions. It wasn’t always humans, sometimes it was an intermingling of man and mammal with elongated silhouettes which looked like it was made with a free hand, adding on to its beauty.

The Parisian artist who’s known to have beautified Modern art and shaped its fabric traveled a lot to stand apart in terms of his work from his contemporaries. In the early 20th century, he found himself in Algeria, falling in love with the candid African art and started emulating techniques used in it to implement in his works.

His influence and fascination became crystal clear in many of his works like Marguerite, 1907 which is a portrayal of his daughter. This painting has a stark resemblance to an African mask he owned whose elements he added into his daughter’s asymmetrical face to make it more appealing.

Similarly, in the portrait of his wife, Madame Matisse, Henri has borrowed from the Mask of Sira Punnu. He has structured his wife’s face to match the mask by arching the eyebrows differently as well as giving her mouth a very geometrical curve on its top.

Also, if you closely look at Red Interior Still Life On A Blue Table by Matisse, you’ll notice a zigzag alike pattern running across the wall. The exaggerated geometric print is similar to the Kuba Cloth which is African hand-woven fabric.

1907-09 was called Picasso’s African Period which kick-started the Cubist Movement. He became strongly enamored with African culture and the way it was molded into sculptures and masks which gave birth to one of his monumental paintings, Les Demoiselles d’Avignon 1907.

He had been stuck with this painting which he finally repainted with mask-like silhouettes for the faces of the women. It showed five African prostitutes as he was immensely deep into using earthy palettes and chocolate tones.

How African Influences Bred into Picasso and Matisse’s Work?

Henri Matisse and Pablo Picasso had a bittersweet relationship with each other when they were contemporaries as one was always trying to step on the other’s toe. As Henri was already acquainted with the grandeur of African art, ironically he was the one to introduce the same to Picasso.

Marissa purchased a Congolese figure which was an epitome of African art and later, showed it to Picasso who found it profoundly beautiful. Picasso got so fascinated with the wooden sculpture that it filled him with inspiration, making him complete Gertrude Stein. Picasso gave this portrait the face resembling the Congolese figure which sufficed his purpose. 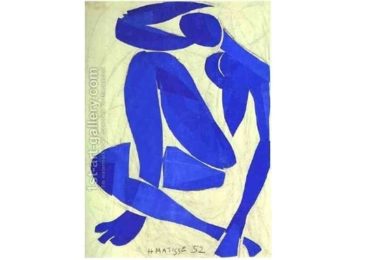 African influences were rubbing off on him and then, he stumbled upon Matisse’s Blue Nude which shook Pablo off his feet. Pablo was having trouble finishing Demoiselles and this masterpiece pushed him off the edge as he felt Matisse was becoming better. Jealousy motivated Picasso to craft his masterpiece to stay a step ahead of Matisse.

The repercussion of colonization brought the beauty of African Art into the European art scene through the artworks of Matisse and Picasso. The eons of culture that emblazons on the mask and sculptures that constitute African art were so fascinating that it changed the face of the Modernist Art movements. If you want to learn more, start with Matisse artworks, you can explore them here: https://www.1st-art-gallery.com/Henri-Matisse/Henri-Matisse-oil-paintings.html

Next Post How to De-Risk Your Enterprise Cloud System