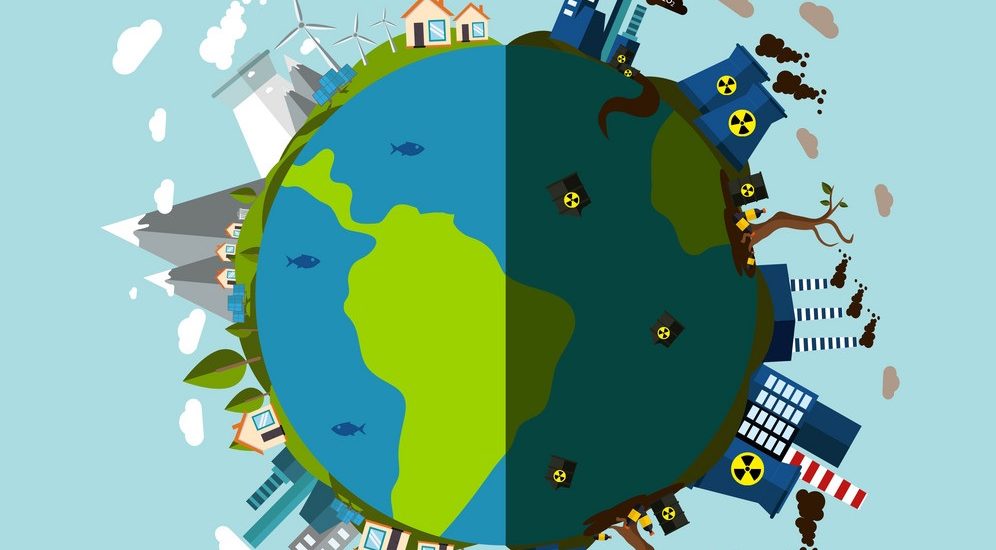 Well, air pollution is the real danger that every living being especially mankind are currently facing in the earth. In general, air pollution means the presence of an unusual or abnormal substance or chemical or components in the air which might cause serious health hazards for the person who inhales. In fact, apart from causing detrimental changes to the lives of the person’s who inhales, air pollutions are the primary cause of the damaging the earth’s natural protective layers Ozone.

How the WHO conducted the study?

According to the statement released by the World Health Organization, around 4000 cities from 100 countries were tested and by comparing the average amount of PM2.5 presence in the open air the list created. Here the term PM2.5 refers to a tiny particle which is present in the air which can easily enter into human lungs while breathing and causes serious health hazards.

Kanpur city located in Uttar Pradesh has the 11th most urban population in the Indian region. It is an Industrial city cited in the river bank of Ganges. According to the study report of WHO, the industrial city Kanpur contains around 173 micrograms per cubic meter level of PM2.5 in the open air.

Faridabad is the most populous and the largest city of Haryana in India. Faridabad city is the well developed industrial center for many businesses and located in the border of the nation’s capital New Delhi. Overpopulation and heavy vehicle traffic is the main reason for such a heavy population.

In an average, around 172 micrograms of PM2.5 present in one cubic meter of the open air at Faridabad city of Haryana.

The city Gaya is located in the Indian state Bihar, the significance of the Gaya city is its historical values. It is the hot spot destination for many tourists especially aboard tourists who willing to witness the great Indian architectural work.

According to the study report conducted by WHO, around 149 micrograms of PM2.5 substances present in every cubic meter of open.

The city Varanasi located in the Indian state Uttar Pradesh. It is one of the prime religious hubs for Hindu in India; to be frank it is one of the vital holy places for Hindus and Jain people.

Since the city located on the banks of river Ganges, it has become a home away from home for a spiritual person all over the world. According to the air pollution study conducted by the WHO around 151 micrograms of PM2.5 substances/tiny dust particles present in every cubic meter of open air.

Patna – The capital city of the Indian state Bihar and is also the largest city of the state. It is one among of few ancient cities of India that still maintains its culture and dignity. To be frank, it is a noisy city located on the banks of the river Ganges.

According to the WHO study report, around 144 micrograms of PM2.5 tiny particles are present in a single cubic meter of blood.

Well, the state of Delhi needs no descriptions at all. We all know that Delhi is the national capital and also a union territory of India. To be frank, the surrounding area of the nation’s capital Delhi existed nearly before the 2nd millennium BC. In addition, there are few pieces of evidence that act as a proof for nation’s capital Delhi being inhabitation right from the 6th century.

According to the WHO, Delhi positioned as the most polluted city of the world and currently has an average of 143 micrograms of PM2.5 levels in every cubic meter of open air.

Apart from being a capital city of the Indian state Uttar Pradesh, it is the largest city of UP and positioned as 11 most populous city of the nation. Literally, the city of Lucknow is well-known for Mughal architectural work. There are still few colonial buildings constructed during the Mughal era.

According to the study report of WHO, the Lucknow city has around 138 micrograms of PM2.5 substance in its open air.

Bamenda the only city from country Cameroon listed in the top 10 list of highly polluted cities around the world apart from Indian cities. The city Bamenda also referred to as Mankon Town or Abakwa, the city has around 2 million populations.

Unlike other chemical-based air polluted cities, the Bamenda city’s air quality affected because of excessive deforestation. Averagely around 132 micrograms of polluted components were seen in every cubic meter of open air in that city.

The city Agra located on the bank of river Yamuna cited in the northern part of the Indian UP state. Apart from being a highly populous city of UP state, the Agra is well-known for its architectural reflection of Mughals, in fact, world famous Taj Mahal constructed by the Mughal emperor Shah Jahan cited in Agra.

According to the reports gathered by the WHO Vehicles and house fuels were the main reason for such high air pollution in the City. Currently, there are around 131 micrograms of PM2.5 present in every cubic meter of open air in Agra city.

Gurgaon city is well-known as Gurugram, the city located in the Northern part of the Haryana state. It is one of the leading city fueled by industrial and financial businesses.

According to the recent air pollution study on major cities of the world by WHO, it is recorded as the Gurgaon has around 130 micrograms of PM2.5 in every cubic meter.

Next Post Top 10 Things You Didn’t Know About KFC