If you’re one of the unfortunate souls who’s wandered into a second-hand car deal and driven off with a lemon, you might already know what a pre-purchase inspection is. For anyone else intending to buy a used car in the near future, a pre-purchase inspection is a process that involves a qualified mechanic attending the scene to inspect the car about to be bought. The mechanic will go through and test some of the most vital aspects of a car so that you have much better peace of mind when making the purchase. It’s not an infallible system, but it can potentially save a person a lot of money. We say potentially because it could also be more money down the drain, so with this in mind, in this article take a look at whether these inspections are worth it. 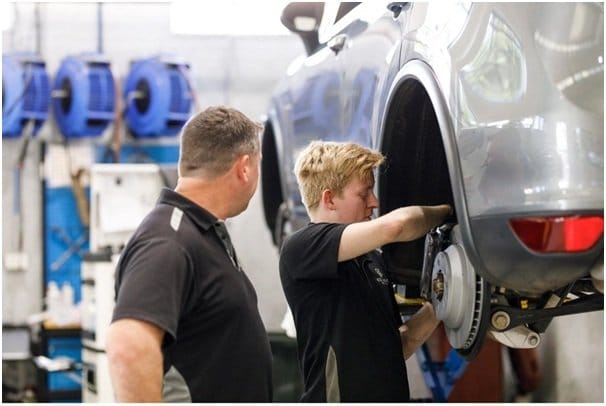 Why waste money on inspecting a car that looks perfect?

It’s a very valid question, and one that we think people should really take a good long think about. The cost of the inspection can often be several hundred dollars depending on who you get to inspect the car, and this might not be in someone’s budget, especially if the car turns out to be completely fine. Or perhaps a car inspection in the eastern suburbs can’t be organised on time, and you have no other choice but to rush through with the purchase. If this sounds reasonable, we want you to consider for a moment: what if the car broke down in the same street? How would you feel then? It’s obviously not a likely scenario, but it’s the kind of thing that a mechanic would likely be able to spot in a couple of seconds, making your initial investment instantly pay for itself. Although this is a very dramatic approach, there is another consideration that should be made: mechanics can also find small problems that allow you to ask for a lower price. It can be something quite small that is an easy fix, but with the right seller you can have a few hundred – or even thousand – dollars shaved off the asking price. Your mechanic has just paid for themselves!

Although pre-inspections can cost a little bit, it’s very much a case of you getting what you pay for. The inspection involves the mechanic conducting exterior body and interior checks of the vehicle as well as taking a closer look at the important internals, such as the engine bay. They will also test the wheels and tyres and brakes and suspension, which should overall give you a very good understanding if there are any issues with the vehicle. A good inspection will also involve a short test drive, as sometimes problems are quite difficult to recognise unless they’re properly engaged with.

Consider a pre-inspection before you buy your next car

We understand that forking out a few hundred dollars for a service that might not uncover anything might sound ludicrous to some, but in the event that something problematic is discovered, you’ll be more than pleased that you made the effort to organise it. It’s good to also remember that the pre-inspection mechanic might be able to discover something that helps pay their fee straight away. The world of private car sales is cut-throat and people aren’t necessarily honest, so rather than trust your gut, it’s best that you trust someone qualified instead.